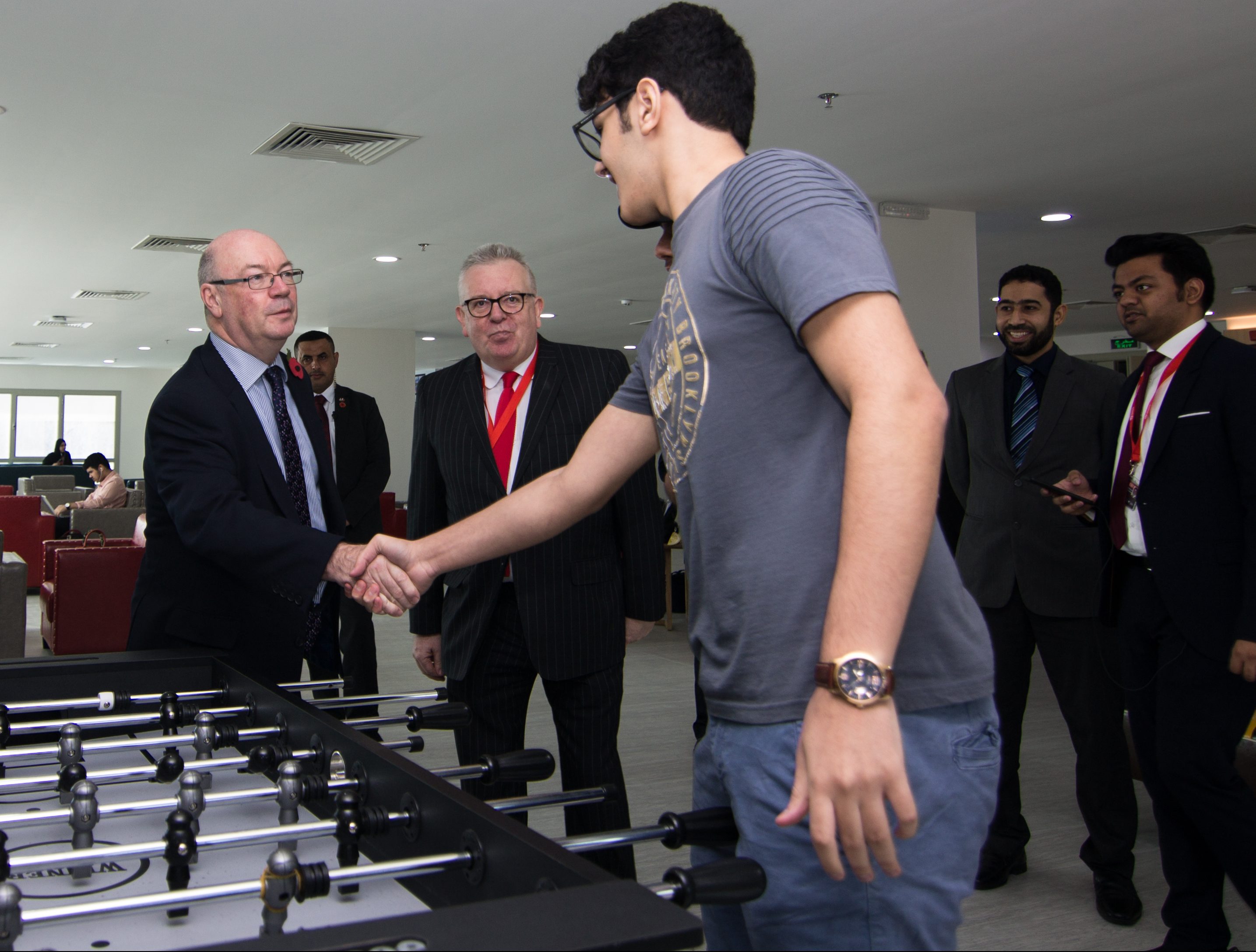 The British University of Bahrain  hosted a visit by The Right Honourable Mr Alistair Burt, MP, Minister of State for the Middle East and North Africa. Accompanying Mr Burt, were His Excellency Mr Simon Martin, CMG, British Ambassador, and Deputy British Ambassador, Mr Mockbul Ali, OBE.
After a tour of the BUB campus, Mr Burt was able to interact with a number of BUB students and staff members.
Commenting on the visit, Professor Keith Sharp, BUB’s Vice President said: “It was a pleasure to welcome a British Minister to the University today. I think Mr Burt was impressed by what he saw and the contribution which BUB is making to strengthening the relationship between Bahrain and the UK.”